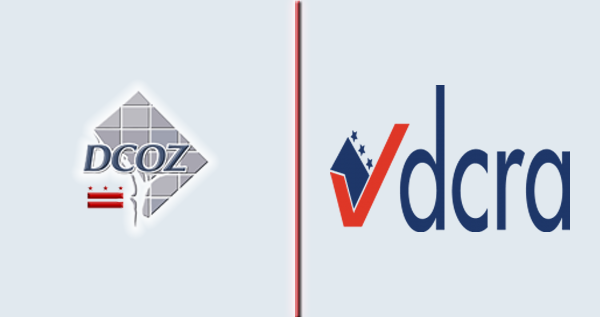 Interpretation of Zoning Guidance Documents provide clarification and clear guidance for how the Zoning Regulations are being interpreted by the Zoning Administrator's Office at the Department of Consumer and Regulator Affairs when making zoning determinations. These guides are especially important when the zoning rules are silent on a particular issue and allow for consistent and transparent decision making. As the Zoning Administrator's Office issues guidance, DCOZ will post update interpretations here.

Interpretation of Zoning Guidance Documents are as follows:

2019-01 concerns expansions of existing residential buildings in zones RA-1 and RA-6. The Guidance specifies when special exception relief is needed for residential buildings expanding into larger multiple dwelling buildings pursuant to Subtitle U, § 421. The zoning rules are silent on the treatment of building expansions and several recent building permit applications have prompted the need to provide a clear interpretation. It will take effect beginning Tuesday, January 1, 2019.

2019-002 concerns certain expansions of pre-1958 apartment houses in RF zones. More specifically, the Guidance discusses the following scenario: (1) the existing apartment house was legally built prior to May 12, 1958 in the RF zone; (2) the apartment house is presently non-conforming to the requirement that there is nine hundred square feet (900 square feet) of lot area for each dwelling unit; and (3) a proposed expansion of the apartment house would increase the building’s gross floor area but not the number of dwelling units. The zoning regulations do not explicitly address building expansions and several recent building permit applications have prompted the need to provide a clear interpretation. The Guidance Document reflects current Zoning Administrator interpretive practice – as such, it will take effect and apply to pending and future building permit applications beginning February 6, 2019, the date of publication.

The use of a single household dwelling as a two unit dwelling, or the creation of additional dwelling units more generally, must be reviewed under required Department of Consumer and Regulatory Affairs (DCRA) permit processes. The Zoning Administrator (ZA) has encountered the following issues: 1) building permit plans showing an uncertain number of dwelling units; 2) the detection of illegal dwelling units that lack appropriate zoning and building code reviews; and 3) the need to provide future home buyers and tenants with clarity regarding the permitted number of dwelling units on a property.

The Guidance describes the key characteristics of a separate dwelling unit –“independence”, “sanitation”, and “eating” and “cooking facilities”. It also specifically highlights the circumstance where these key characteristics are present in a building permit application – except that there is a reduced eating and cooking facility (such as a wetbar rather than a full kitchen).

Since the Guidance reflects current ZA Interpretive practice, it will take effect and apply to pending and future building permit applications beginning May 7, 2019, the date of publication.